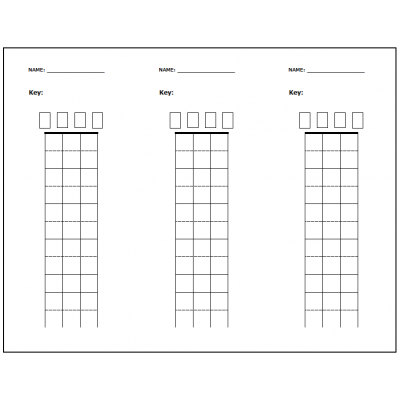 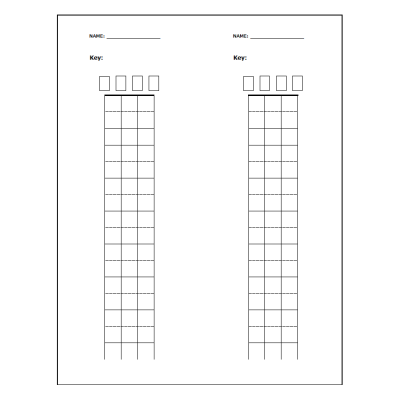 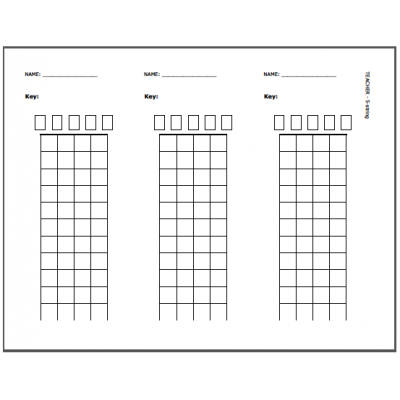 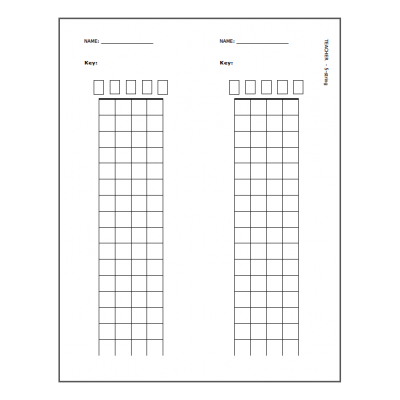 Help students to see a logical sequence to memorizing each key

From C Major, you can help the students to see how the finger patterns shift as you add sharps or flats.  This way they will see that there is a logical sequence and that each key is not random, making it easier to memorize them.  Once they understand this sequence, you can get them to predict what the finger patterns and notes are in the next key.

Here are some useful abbreviations for the patterns that you might want to use to label each string.  You can download this chart along with free finger pattern handouts here. Drawing the fingerboard before playing the piece also provides an opportunity for students to find any accidentals in the piece and to identify their placement on the fingerboard before they play.  It can also be used as an opportunity to work out passages that need to be played in higher positions, and what patterns are needed for those positions.  As a teacher, this can be a great help when teaching instruments you are less familiar with.

Ready to have your students practice drawing the fingerboard?